This author has not yet filled in any details.
So far YARI FOUNDATION has created 89 blog entries.

RUN FOR YARI on 18th May

Three awesome supporters of Yari Foundation, Peiman, Siavoush, and Marcus have teamed up to run a half marathon for YARI on 18th May in Gothenburg. Their intention is to raise awareness on “children’s right to have access to education” and support the cause that Yari foundation is working with. In parallel with this initiative, Marcus is running a fundraising campaign for his effort which a partner company of Yari will “DOUBLE” the amount he raises in these campaigns. Help him hit his target and support his campaign via the link below: Read more about campaign You can [...]

Today, 9th of May 2019, coincides with Yeganeh Abbasi Bacharach’s birthday, our beloved former colleague and enthusiast to the Yari Foundation who unfortunately left us with great sadness after her death last autumn. We at Yari Foundation have now set up a healthcare fund to the honor of Yeganeh. This healthcare fund will provide financial help to the children or children's parents who need medical care in Iran. The background to the establishment of a healthcare fund is on the initiative of some of Yaris members who in recent years collected donation in a bank account in Iran, to provide [...]

On Wednesday 24th April, Yari’s sponsor and Ambassador Sorosh Tavakoli hosted a dinner that some of Yari’s ambassadors (Ardalan Shekarabi, Minister of Public Administration; Yasmine Satei-Berns, host at Resan-Hit podcast & entrepreneur; Bahar Pars, Actress) and a few entrepreneurs and business owners attended. The main purpose of the dinner was to present Yari organization and the way it works. Accordingly, Gabriella Overödder, from Effektiv Altruism held a very interesting and insightful discussion around effective giving which shed light on the effectiveness of the ways Yari works. You can listen to her TedTalk here. Another highlight of the night was that [...]

The last part of Eidi Campaign was a vernissage of the photos taken by Mostafa Kazemi, photographer, and a documentary film by Behzad Azadi. Mostafa and Behzad traveled to Kermanshah and took the images during the Yari schools opening ceremony. The schools have built by Yari after the earthquake in the Kermanshah region in 2017 and now more than a hundred children can go to these schools.

As you might already hear in the news, unfortunately, a massive flash flood affected large parts of Iran, killed and injured many people and destroyed several buildings and houses. Yari foundation wishes to express its deepest sympathy to those affected by the flood and would like to inform you that fortunately, all of the children we support are doing well. We try to have an overview of the situation and see where we can contribute to the reconstruction in a meaningful and effective way. Yari has close contact with all our contact persons in Iran and receives ongoing information on [...]

During Nowruz celebrations (March 18th - April 2nd, 2019) a campaign called #Eidi_bedim  created by Yari team and at the result, 60 000 SEK collected for the students supported by Yari. The campaign had many different parts from a radio interview to sending emails and text messages to the Yari’s members. One of the most important parts of the campaign was the Nowruz greeting movie which produced with the help of Yari's ambassadors: Alireza Modjalal, Cinema and theater actor Maryam Madaresi, Food blogger Azadeh Rojhan, Member of parliament Ardalan Shekarabi, Minister for public administrations Rostam Mirlashari, Musician and singer Siavoush Mohammadi, [...]

Yari’s Annual Assembly The annual meeting of Yari held at the Yari’s office in Stockholm, where the past year activities and the plan for the upcoming year presented, and the new board members elected as well. The graph shows the incredible development we have had in recent years and the rapidly growing rate for the last two years. Sara Baghchehsaraee and Haleh Nowroozi have left the board for personal reasons, but they remain active in Yari’s activities. Sara will continue her tasks in the customer service and2 Haleh will be more engaged in the new medical [...]

Film Screening Yari’s events this year started with screening the latest movie of Jafar Panahi ”3 Faces” (In Swedish: 3 Kvinnor). It was a collaboration between Folkets Bio and Zita Bio in Stockholm. We look forward to arranging more small events of this kind in cooperation with various partners in 2019 to increase the interactions with all the fantastic people who are interested in our work for the children.

Founders Pledge Supports YARI The Swedish aid organization Yari, receives support from Founders Pledge as its first organization in Sweden, through tech entrepreneur Sorosh Tavakoli.Founders Pledge is a London-based foundation with an association of over 600 entrepreneurs and investors around the world who donate a certain portion of their wealth to charitable purposes."We are pleased that our pledgers support innovative organizations that have the potential to enhance an entire industry, especially when it comes to organizations such as Yari, which places emphasis on digitalization, evidence-based decisions and transparency," said David Goldberg, chairman and co-founder of Founders Pledge. There is also very [...]

Chelnab, Varzaghan Project The quakes, with magnitudes of 6.4 and 6.3, struck East Azerbaijan province of Iran in 2012, flattening villages and injuring thousands of people around the towns of Ahar, Varzaghan, and Harees, near the provincial capital Tabriz.  Many villages were hard to reach by road, hindering rescue efforts. People were scared and won’t go back into their houses because they fear the buildings aren’t safe. More than 1,000 villages in the area were affected by the earthquakes. Some 130 villages suffered more than 70 percent damage, and 20 villages were completely destroyed. Homes and business premises in Iranian [...] 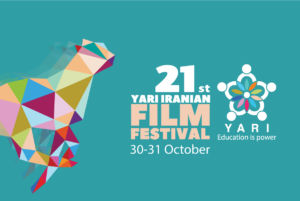